In 2020, the University of South Australia, the SIDA Foundation, and the David Roche Foundation awarded a two-year Research Fellowship in Interior Design and Decoration to the project The Doppelgänger, developed by Dr Rochus Urban Hinkel, Associate Professor for Architecture and Design at the Melbourne School of Design at The University of Melbourne.

On this page, you can find The Doppelgänger exhibition details, the Fermoy House virtual tour, The Doppelgänger Conversations with Rochus Hinkel, and details about the next part of this exciting project.

Doppelgängers and Zombies - Decorative Arts in the Digital Age

Doppelgängers and Zombies is a critical and artistic, experimental and provocative exploration of what it means to engage with decorative arts in our digital age. This exhibition presents new creations based on digital copies of some of the master pieces from David Roche’s collection of 17th and 18th century decorative arts objects. Newly interpreted, they are modified and translated into objects of the 21st century using digital crafting techniques and advanced fabrication technologies.

The creative research by the Research Fellow Dr Rochus Hinkel, from the Melbourne School of Design and Co-Director of the Advanced Digital Design and Fabrication Research Hub at The University of Melbourne is complemented by tours through the exhibition, a reflection and presentation on the processes and outcomes of the Fellowship. A limited edition of 21st century decorative arts objects will be available via a public auction offering physical and digital collectables, including NFTs.

Doppelgängers and Zombies is the second exhibition during the two-year-long investigation of The SIDA, UNISA and David Roche Foundation’s Research Fellowship in Interior Design and Decoration.

THE EXHIBITION, PART ONE

The Doppelgänger is an investigation into the potentials and promises as well as the limitations and specificities of digital technologies in design. David Roche Foundation’s Fermoy House and its collection of decorative arts has been the site of investigation. The house and parts of its collection have been documented through video recordings, 360º photography, and 3D scans – creating digital copies of the Foundation’s collection and spaces.

The exhibition in Fermoy House presents original videos displayed on digital screens. Using their own handheld devices, like smartphones, visitors can also view and access digital copies of the artefacts in Augmented Reality. The artworks presented are developed by Rochus Urban Hinkel in collaboration with Melissa Iraheta.

The Doppelgänger exhibition is one of two exhibitions presented during the duration of the Fellowship – it is accompanied by a series of online conversations. 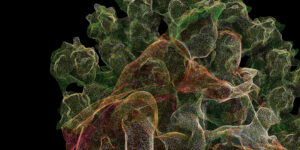 As part of The Doppelgänger project, the interior of David Roche’s Fermoy House was scanned and rendered to create a virtual representation of the House that guests can now access to take a virtual tour of the House via the link below. In this virtual tour, you can visit almost every room in Fermoy House and view the wonderful collection of David Roche, as well as read comments by the curatorial team on key items in the Collection.

Speculations on the Original and the Copy

Tune in to hear a conversation between Dr. Rochus Hinkel (UniSA, SIDA Foundation and TDRF Research Fellow) and Esther Anatolitis, Melbourne. Dr Hinkel and Esther discuss philosophical concepts and social phenomena around the questions of ownership, authenticity, as well as concepts of identity, appropriation and difference. Can copies become more relevant than originals? Is a copy an original work? Who defines what is an original and what is a copy?

Dr. Rochus Hinkel is the recipient of the UniSA, SIDA Foundation and TDRF Curatorial Research Fellowship in Interior Design and Decoration for 2020-22. He is Associate Professor for Architecture and Design at the University of Melbourne.

The team behind The Doppelgänger

Dr Rochus Urban Hinkel is Associate Professor for Architecture and Design and Co-director of the Advanced Digital Design and Fabrication (ADD+F) research hub at the Melbourne School of Design at The University of Melbourne. Rochus’s research and practice focuses on digital and analogue realities (AR/VR/XR) which he explores through artistic experimentations, spatial installations and immersive environments for cultural storytelling, exhibitions and museums, archives and heritage. 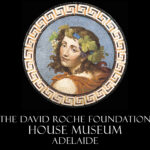 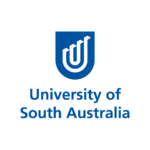 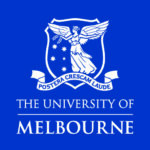