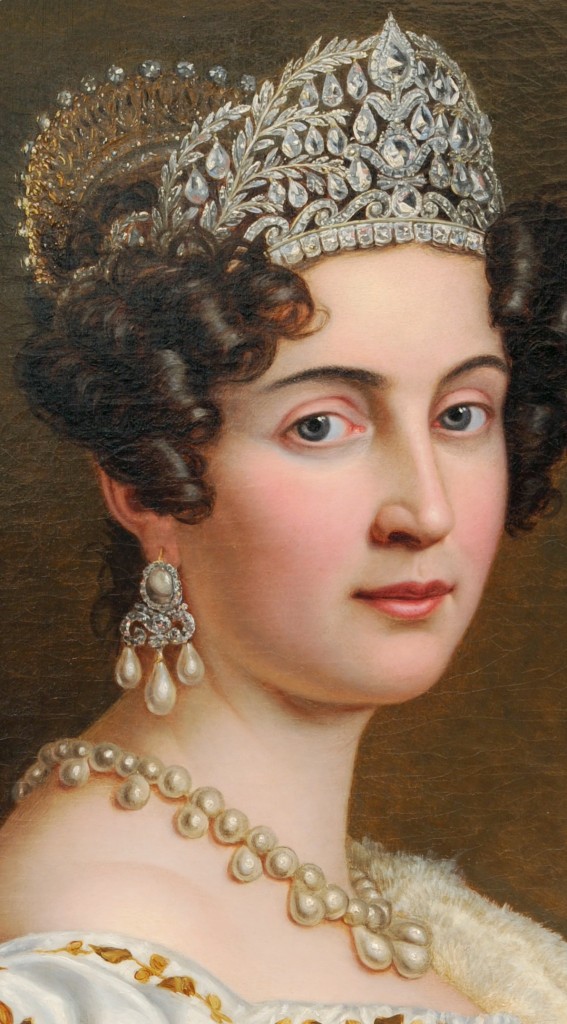 Monarchs and courtiers of the 18th and 19th centuries were of abiding interest to David Roche – and this exhibition reflects his passion for selecting items of exceptional quality to add to his collection.

David considered that the monarchy was “an endangered species and often regarded as the foe of all they rule” – especially after the death of Diana, Princess of Wales. It will come as no surprise to learn that David was a staunch monarchist, and thought that “the Republican Movement should restrict itself to that pub in Ireland”. He thought that to be born a royal would be “a life on a tightrope above a league of biographers and intimate strangers”.

The exhibition on display was curated by our Senior Curator, Robert Reason. His inimitable focus is one that David Roche would be very happy to see. Royalty provided David with endless opportunities to explore their hierarchy together with the accompanying intrigue and treachery of their lives. He was fascinated with the common scenario in history of “hero to zero”.

David bid on portraits and the objects made for royalty and aristocracy, or owned by them – sometimes, but not always, successfully on the fall of the gavel. Provenance to him was essential, especially at those auctions of the 20th century, related to the estates of the infamous American, Wallis Simpson, the Duchess of Windsor, and the American “Royal”, Jacqueline Bouvier Kennedy Onassis. Owning such rare objects gave David “pride of ownership”, a term he often used.

David’s acquisitions are visual reminders of the marvellous palaces, chateaux and country houses that he visited throughout his life. Royal pursuits, be it hunting or horse racing, were all of great interest to David, but at a distance. He enjoyed keeping up to date with the current royals through Hello! and Country Life (popular magazines from the U.K.), Paris Match, and Hola! (from Spain).

In this exhibition there are paintings of royal beauties of Europe, be they queens, consorts or courtiers; exquisite porcelain service plates that once adorned the banquet tables of the crowned heads of Europe; unique personal items, including the private hand seal of Tsar Alexander I; Prince Ernst August of Hanover’s clock and a Faberge parasol handle owned by Queen Anne of Romania.

We hope you enjoy Kings, Queens and Courtiers in Gallery 3 as part of your tour of The David Roche Foundation House Museum in 2017.

Bookings are recommended as numbers are limited.

Telephone assisted bookings incur a fee of $8 per ticket

Ticket includes entry into Silhouettes: Fashion in the Shadow of HIV/AIDS

Tours of Fermoy House (House ONLY)

(Due to exhibition changeover, there will be no access to the galleries for these tours EXCEPT during 1 July to 23 July for The Dopplegänger exhibition)

Disabled car parking is available. The house and galleries accommodate wheelchair access, although access is limited in some areas of the house, which is a Federation villa. Mobility scooters are not suitable for use in the house, but are fine in the galleries. Both ambulant and non-ambulant toilets are available.

Please make us aware of the special needs of any member of your group in advance of your arrival, so that we can offer every assistance.