Captain James Cook was one of several European navigators in the seventeenth and eighteenth centuries who sailed to the shores of Australia on voyages of exploration. Despite landing on the continent over 160 years after the first Dutch sighting of our coastline, Cook, as the first British arrival, is the one who has been mythologised and memorialised by many Australians as the founding father of our modern country. As the British claimed and then colonised the continent, many of the original occupants were murdered, dispossessed of their land, and their communities decimated. These events occurred after Cook’s trips to Australia and the Pacific, but in Aboriginal sagas among several northern and eastern communities Cook, as the founding father, personifies this process of colonisation.

These Aboriginal accounts of Captain Cook will be discussed taking as a starting point a short film, Too Many Captain Cooks, featuring Paddy Fordham Wainburranga’s bark painting recounting Cook’s significance for the Rembarrnga of the Yolngu people of Arnhem Land.

Peggy Brock is Emeritus Professor of History at Edith Cowan University, Visiting Research Fellow at the University of Adelaide and Fellow of the Academy of Social Sciences in Australia. She has research over many years Indigenous responses to colonialism, particularly in the mission context, in Australia, Canada and the Pacific region. Publications include Outback Ghettos: Aboriginal Institutionalisation and Survival (1993), Words and Silences: Aboriginal women, politics and land (ed., 2001), Indigenous Peoples and Religious Change (ed., 2005), The Many Voyages of Arthur Wellington Clah: A Tsimshian man on the Pacific Northwest Coast (2011), Indigenous Evangelists and the Question of Authority in the British Empire (co-author 2015) and Colonialism and its Aftermath: A history of Aboriginal South Australia (co-ed., 2017). 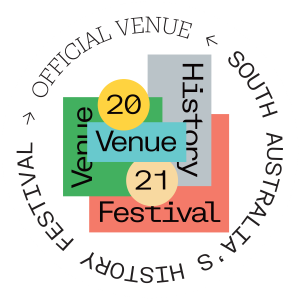